Picture this: a three year-old girl playing with two identical toy cars that were the same color, size, and shape. Cinderella has played on repeat for the past two weeks. When her mom calls her name, she doesn’t respond in a verbal or non-verbal way. Unless physically prompted, there’s no acknowledgement. Her communication skills were limited to temper tantrums and occasional laughter.

This little girl was me. When I was young, my parents started picking up on these little quirks that I displayed, but didn’t start worrying until the summer before preschool. They noticed I wasn’t “making the milestones” I should have reached. During my next check-up at the family physician’s office, my mother expressed her concerns. The doctor suggested a hearing test. When the test was over, the physician recommended that my mom bring me to someone that was “good with autistic kids.” My mom, completely shocked, said “Autistic?” The doctor apologized for not telling her sooner. This is where my story begins.

After the initial visit, my mom forced me to communicate. She bought magnets of common items or questions in my daily life. My parents taught me a routine of how I request items through eye-contact, pointing to what I needed, and expressing in words what the magnet represented. In combination with Disney music soundtracks, my parents showed me how to talk to people.

Despite the early opinion, doctor’s, speech teachers, and my parents learned that I did not have autism, but a communication disorder. Once diagnosed, I was sent to speech therapy. It’s here where I remember having such a wonderful speech language pathologist who did more than just give me a voice. At such a young age, I was inspired by the work I was seeing in the individual and group sessions I was placed in. She not only advocated for the people who couldn’t do it for themselves, but she also educated and helped every individual she encountered.

The speech-language pathologist became not only someone I admire, but my hero. Everything that I went through made me realize the one goal I had in life – to help people. 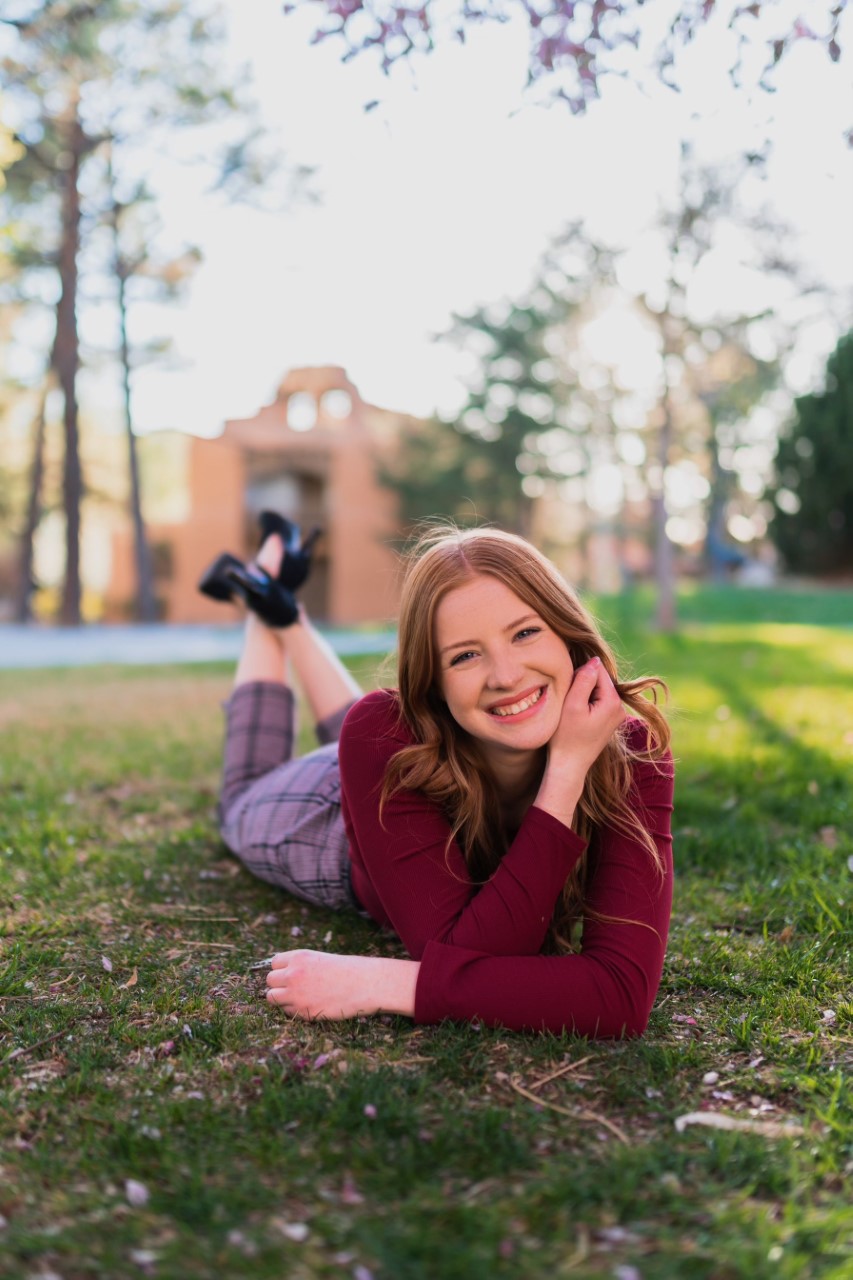 As I grew up, the love I felt for speech and helping others was unwavering. However, the realization of how I wanted to help people didn’t appear until high school. I attended a performing arts high school where I was entrapped in the world of music, creative writing, and film making. My love for music was always prominent, but after researching and seeing the beneficial outcomes music can have on neurological and motor speech disorders made me question if I could combine both my love for speech and music together.

“As I grew up, the love I felt for speech and helping others was unwavering.”

After receiving my associate degree, I moved from Connecticut to New Mexico to pursue my bachelor’s degree in Speech and Hearing Sciences. The undergraduate program at the University of New Mexico has allowed me to gain an understanding of speech neurologically and physically that I never previously had. The ability to center my studies around speech made my passion for the field grow tremendously. However, it was not until I stumbled upon Dr. Phyllis Palmer’s Swallowing Lab that I truly felt pulled towards this profession.

After the COVID-19 pandemic, I wanted to go out of my comfort zone and investigate what more there was to offer in the profession I wanted to get into. While I thought my heart was set on neurological disorders, I wanted to learn more about my field and become a more well-rounded individual. I reached out to different professors and my advisor before summer break curious if there were any outstanding opportunities that I could be a part of. I didn’t hear anything for around two months until a graduate student got in contact with me saying she needed some help in the Swallowing Lab. I immediately accepted the request, and started conducting research in August of 2021.

The research I conduct is not only something that I was surprised to be interested in, but it’s something that I’m truly proud of. Through the guidance of my mentor and the people I’ve met through research, I can honestly say that this is one of the most rewarding opportunities I have gotten. I’ve been able to create multiple professional and personal relationships as well as introduce myself to the world of swallowing. I’ve also been awarded a scholarship for my work, and am now getting paid for continuing with it!

The purpose of my research project is to serve as proof of the concept of engaging undergraduates in research to increase their interest and understanding in the clinical discipline of swallow disorders. Using available swallow x-ray studies, multiple undergraduates will be trained in reading, transcribing, and coding of these studies. Once 40 studies are transcribed, students will be given a small research question to assess the usefulness and applicability of a video repository in undergraduate learning and research experiences. The results of my project could help improve the quality of treatment each person receives after the diagnosis. If we see that the diagnostic scales need to be reassessed, we can help thousands of people with swallowing disorders receive a more accurate diagnosis. We could change and improve so many people’s lives!

Overall, becoming a researcher in this lab has been nothing short of incredible. My journey to get here has been far from easy, but has allowed me to gain more of an appreciation for what I conduct research on. If there are other students that are contemplating doing research – just go for it! Reach out to as many people as you can and get involved. You have the ability to meet so many people (professionally and personally) who share similar interests as you, which is crucial when moving from out-of-state. This opportunity is also a great resume builder and can show that you’re committed to your field of study. My research has given me so much that I am beyond grateful for, and it’s something that has shifted my perception on life in general.

No comments to show.